WHC is the trading name of Derede UK Limited, company number 06133298. Derede UK Limited is registered to carry out audit work in the UK and is regulated by the ICAEW. Details of the audit registration can be viewed at www.auditregister.org.uk under reference number C003509394 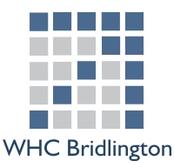 Capital gains tax (CGT) ratesThe current rates of CGT are 10%, to the extent that any income tax basic rate band is available, and 20% thereafter. Higher rates of 18% and 28% apply for certain gains; mainly chargeable gains on residential properties with the exception of any element that qualifies for private residence relief.There are two specific types of disposal which potentially qualify for a 10% rate, both of which have a lifetime limit of £10 million for each individual:

CGT annual exemptionThe CGT annual exemption is £11,300 for 2017/18 and will be increased to £11,700 for 2018/19.ER - relief after dilution of holdingsThe government will consult on how access to ER might be given to those whose holding in their company is reduced below the normal 5% qualifying level as a result of raising funds for commercial purposes by means of issues of new shares. Allowing ER in these circumstances would incentivise entrepreneurs to remain involved in their businesses after receiving external investment.CommentThis proposal is welcome and addresses a particular problem which can arise. ER broadly requires a holding of 5% of the ordinary share capital. It may be that significant external investment is made which would reduce the holding to below 5%.For example, Bill owns 33% of the original share capital of 100 shares issued at par. John invests £30,000 in the company in return for 30,000 new shares. This reduces Bill's holding to 33 of 30,100 shares, below the 5% limit. It appears that the government intend to address this problem.CGT payment windowThe government had previously suggested that capital gains tax would have to be paid within 30 days of the sale of a residential property but this proposal has now been deferred until April 2020.Extending the taxation of gains made by non-residentsThe government announced that from April 2019 tax will be charged on gains made by non-residents on the disposal of all types of UK immovable property. This extends existing rules that apply only to residential property.This measure expands the scope of the UK's tax base with regard to disposals of immovable property by non-residents in two key ways: